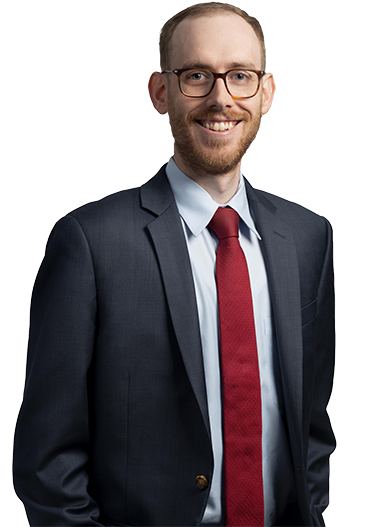 United States Court of Appeals
for the Seventh Circuit

John Hill is an associate in the Litigation Department. He has experience litigating at the trial and appellate levels, including complex commercial disputes, lawsuits against financial institutions, election-related cases, and sports and entertainment matters.

At Hangley Aronchick, John was a key team member in the firm’s historic defense of Pennsylvania’s Secretary of State and various Pennsylvania counties from challenges to the Commonwealth’s election laws during the 2020 primary and general elections. Hangley Aronchick’s pre- and post-election victories, notably in defense of no-excuse mail-in voting and the administration of the presidential election, were often won on an expedited basis in litigations spanning each of Pennsylvania’s federal courts as well as the Pennsylvania Commonwealth Court, the Pennsylvania Supreme Court, and the United States Supreme Court.

In addition to his election work, John represents a diverse array of commercial clients, such as property owners challenging their tax assessments under the Uniformity Clause of the Pennsylvania Constitution and insurers in sophisticated coverage matters. John has taken depositions, briefed appeals, and successfully drafted and argued motions, including: arguing and winning a motion for discovery from a policyholder’s broker, outside counsel, coverage counsel, and Vice President, Global Head of Litigation & Investigations; and helping to draft a motion for judgment on the pleadings resulting in judgment in favor of an insurer on the basis that claims against it were Related Claims to already settled Claims that exhausted the insurer’s limits of liability.