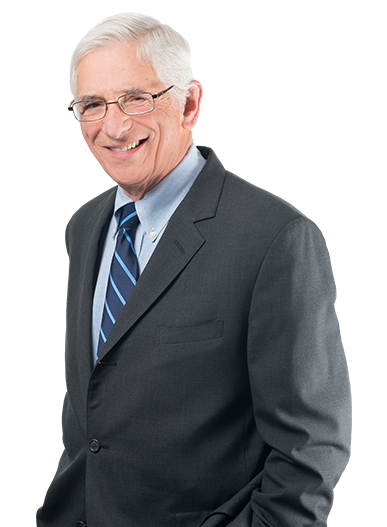 Teaching the next generation

Stuart has been an adjunct professor of law since 2002.

50 years of contributing to the legal community

Stuart received the Philadelphia Bar Association’s Ominsky Award, for “unique contributions and significant achievements within the real estate legal community in Philadelphia” in 2014.

Stuart Ebby has practiced real estate law for more than 50 years and has participated in more than 1,000 real estate transactions. Stuart has experience in all phases of the practice, including mortgage financing; sales and purchases; development and construction; leasing; condominiums; brokerage and management; loan restructuring, workouts and foreclosures; zoning and subdivision; title insurance claims; and capital markets financing. He has also appeared as counsel in state and federal court cases involving real estate law issues.

Stuart has represented a broad spectrum of clients, from individual entrepreneurs to some of the largest institutional investors in the United States and Canada. He has also written and lectured extensively, and has served as an expert witness in numerous lawsuits involving questions of real estate law and practice.

Stuart is a member of the American College of Real Estate Lawyers, and he is one of a small number of lawyers who have been listed in Best Lawyers in America since the publication’s inception, in 1983. In a 1999 survey conducted by Philadelphia magazine, he was named as one of Philadelphia’s best real estate lawyers. He has been named as a Leader in Real Estate in Chambers USA: America’s Leading Lawyers for Business every year since 2004. Pennsylvania Super Lawyers listed him as one of the top 100 lawyers in the state from 2004 to 2008 and again in 2010.

Winner of the Philadelphia Bar Association’s Ominsky Award, for “unique contributions and significant achievements within the real estate legal community in Philadelphia,” 2014

Named by Pennsylvania Super Lawyers magazine as one of Pennsylvania’s top 100 attorneys (2004 – 2008, 2010) and as a top Pennsylvania Real Estate attorney (2011 – Present) as the result of a statewide survey of lawyers

Teaches “Real Estate Transactions,” a three-credit course offered to 2L and 3L students at the University of Pennsylvania Law School