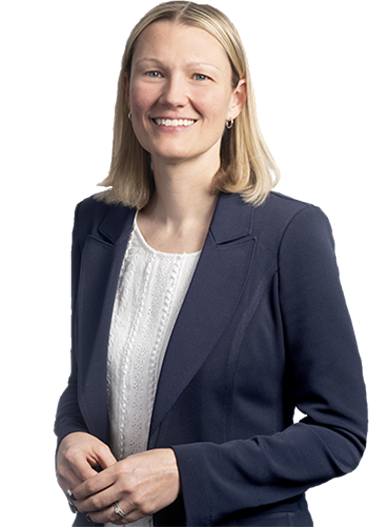 Bonnie was honored with the award by The Legal Intelligencer, in recognition of her top-flight legal work and up-and-coming status

Part of the next generation of leaders

Bonnie is a member of Leadership Philadelphia, Inc.'s Core Class of 2016 and the Board of Girls on the Run Philly.

Bonnie M. Hoffman is a highly sought after litigator with a deep and diverse commercial litigation background. She has had first-chair and second-chair responsibilities in litigations for several different clients, with a bench trial and two major arbitrations in the past year alone. She has worked on cutting edge cases during her tenure at the firm, including a landmark family law case involving the equitable distribution of frozen embryos following a couple’s divorce. She is known to colleagues and clients as a deliberate and thoughtful litigator.

Bonnie has a strong practice representing clients in the educational space and also routinely handles sophisticated insurance and bad faith disputes and professional malpractice claims, among others.

In the education space, she has represented school districts, independent schools, and charter schools, as well as parents and students, in education-related matters. Bonnie is well versed in education statutes and regulations including the Pennsylvania Public School Code, federal and state “Right to Know” acts, Pennsylvania’s “Sunshine Act,” the Individuals with Disabilities Education Act, the Americans with Disabilities Act, Section 504 of the Rehabilitation Act, and Title IX, and is able to advise public, private, non-profit, and for-profit schools and other educational entities on how those laws and others impact them.

With respect to insurance coverage disputes, Bonnie has represented insurers in sophisticated coverage matters and bad faith litigation and counseling across many coverages, including professional liability, directors and officers liability, errors and omissions, general liability, and theft and crime coverage.

Bonnie contributes her skills within the firm as well, holding several important leadership positions. She chairs the Marketing and Business Development Committee and is a former chair of the Associate Development Committee. She also serves as a mentor to numerous associates and paralegals. Before becoming a shareholder, she was chosen by her peers to serve as the Associate Observer to the Board of Directors and she currently serves as the firm’s liaison between our paralegal staff and the Board.

Named a Lawyer on the Fast Track by The Legal Intelligencer, 2016

Moot Court Board, Executive Board Member

“Developments in the Insurability of ‘Loss’ and Disgorgement: The U.S. Supreme Court in Kokesh Adds Support for Disgorgement as an Uninsurable ‘Penalty,’” Covered Events, DRI Insurance Law Committee Newsletter, February 5, 2018 (with Matthew Klebanoff)

“Settlement of Covered and Non-Covered Claims: Assigning and Meeting the Burden of Proof of Allocation,” DRI Insurance Committee Newsletter, May 31, 2017 (with Jacqueline Robinson)

“Seven Things a Civil Trial Attorney Learned While Serving as a Juror,” The Legal Intelligencer, March 4, 2013

Girls on the Run, Board Member and 5K Planning Committee Member

Seven Things a Civil Trial Attorney Learned While ...
"Serving as a juror proved to be a terrific learning experience"
more
Hangley Aronchick Attorneys Honored for Excellence by The ...
Mark Aronchick and Bonnie Hoffman have been honored by The Legal Intelligencer
more
Pennsylvania Super Lawyers and Rising Stars – 2016 Recognizes Hangley ...
Twenty-eight Hangley Aronchick attorneys have been listed as 2016 PA Super Lawye ...
more
View All News