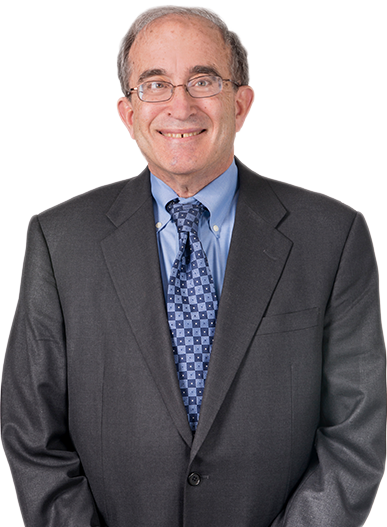 From 1975 to 1976, Dan served as law clerk to the Honorable Thurgood Marshall, Associate Justice of the United States Supreme Court.

Dan has two sons and two daughters-in-law. Josh and Eli are both lawyers. Josh's wife, Jenn, is also a lawyer. Eli's wife, Shana, is a pediatrician. Ministering to the spiritual needs of the entirely over-lawyered Segal family is Dan’s wife, Sheila, a chaplain.

Dan represents 2400 juvenile victims of the Luzerne County Kids-for-Cash judicial scandal. He has secured settlements of more than $20 million for his clients.

Read about the case

The Honorable David Bazelon, Chief Judge of the United States Court of Appeals for the District of Columbia Circuit, 1974-1975

Dan is a past president of the Juvenile Law Center, the Auerbach Central Agency for Jewish Education, and Akiba Hebrew Academy. He is also a past Chair of the Philadelphia Soviet Jewry Council. He is currently Vice President of Hillel of Greater Philadelphia and President of the Board of Overseers of the University of Pennsylvania Hillel Foundation. He is a member of New Israel Fund’s International Board.

Dan is active in the Philadelphia Bar Association, having served as a member of its Commission on Judicial Selection and Retention. He also serves as a Settlement Master for the Philadelphia Court of Common Pleas and is a Master of the Bench of the University of Pennsylvania Law School American Inn of Court.

Named a Leader in Litigation by Chambers USA: America’s Leading Lawyers for Business

“What’s at Stake in the Upcoming Supreme Court Term,” 2005