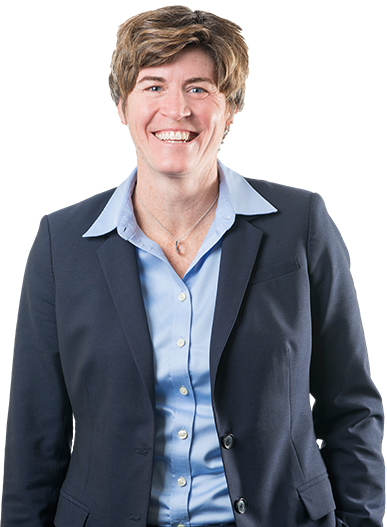 Helen serves as Vice-Chair of the Pennsylvania Interbranch Commission for Gender, Racial, and Ethnic Fairness

Helen has been ranked one of the top 50 female attorneys in Pennsylvania every year since 2011 by Pennsylvania Super Lawyers magazine.

Helen played both softball and basketball during her undergraduate years at Lynchburg College, and she continues to coach basketball in her town league.

Helen Casale is an advocate for her clients, often taking on the most complicated cases in domestic relations law. She concentrates her practice on all aspects of family law, including divorce, child support, custody, spousal support, asset protection, complex property division, date of separation issues, protection from abuse matters, and more.

She is also known as an expert in issues that same sex couples face including legal dissolution of civil unions, second parent adoption, custody, and support issues.

Helen is a fellow of the American Academy of Matrimonial Lawyers. Her commitment to diversity was recognized by Governor Edward G. Rendell in 2005, when she was appointed to serve on the Interbranch Commission for Gender, Racial, and Ethnic Fairness. She has successfully argued in the Pennsylvania and New Jersey appellate courts on issues regarding custody, equitable distribution, and alimony. She frequently writes and speaks on a range of family law topics and is in leadership of the family law committees of the American and Pennsylvania Bar Associations, as well as being a member of the Family Law Sections of the New Jersey, Camden County, and Montgomery Bar Associations.

Helen is a 1994 graduate of Rutgers School of Law – Camden and received a BA in communications from Lynchburg College. Prior to her law firm experience, Helen was a law clerk for the Honorable Martin A. Herman, Superior Court of New Jersey in the Family Division.

Named a Lawyer on the Fast Track by The Legal Intelligencer and Pennsylvania Law Weekly, 2005

CHOICE, President of Board of Directors

Bala House Montessori School, Co-Chair of Board of Trustees