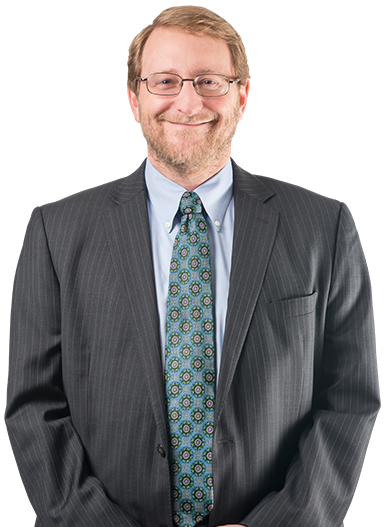 United States Court of Appeals
for the Third Circuit, 1999

United States District Court
for the Eastern District of Pennsylvania, 2000

Matthew Hamermesh is a leader in the firm’s Appellate and Bankruptcy Practices. In both of these areas, Matt is able to quickly grasp the details of a client’s business and analyze relevant specialized areas of law in order to understand and achieve his clients’ goals. Matt’s bankruptcy and appellate clients are in a wide range of businesses, each with unique needs, who are affected by varied areas of the law. His talent for understanding these nuances enables him to provide efficient, yet thorough, service for his clients.

Within the firm’s Appellate Practice Group, Matt’s considerable experience includes appeals of a great variety of civil and bankruptcy cases. On several occasions, he and his colleagues have convinced the Pennsylvania Supreme Court to reinstate trial court decisions that the intermediate appellate courts — the Superior Court or Commonwealth Court — had reversed. He has also worked on numerous appeals of multimillion-dollar jury verdicts, representing both parties seeking relief from them and those trying to preserve them. Matt is an active member of a variety of professional groups focused on appellate practice, including the Philadelphia Bar Association’s Appellate Courts Committee and the Pennsylvania Bar Association’s Appellate Advocacy Committee.

As co-chair of the Bankruptcy Practice, Matt represents a wide variety of clients in bankruptcy litigation. With extensive experience in bankruptcy, insolvency, and debtor-creditor litigation, he has successfully represented debtors, creditors, official committees, and other parties in interest in numerous business bankruptcy and commercial cases. He is often asked to represent clients in highly contentious bankruptcy cases, including disputed Chapter 11 filings and adversary proceedings. His thorough evaluation of each client’s situation results in creative solutions for clients – whether debtors, creditors, or otherwise – allowing them to get the most that they can out of a bankruptcy or non-bankruptcy proceeding while avoiding the decline in business value that can accompany any financial difficulties.

His devotion to the improvement of the practice of bankruptcy and insolvency law in and around Philadelphia is demonstrated by his active involvement in the Eastern District of Pennsylvania Bankruptcy Conference, where he has served extensively on the Conference’s Education Committee and chaired its Young Lawyers Division for three years.

His commitment to his client’s causes is also distinguished by his pro bono work representing indigent clients, including prisoners’ civil rights, bankruptcy, uninsured personal injury defense, and death penalty defense, including a successful effort to demonstrate that a client was not subject to the death penalty because of mental retardation. In 2008, he was the honored recipient of the Juvenile Law Center’s First Annual Pro Bono Award.

Matt has been recognized by Chambers USA for his bankruptcy work and has earned repeated recognition by Pennsylvania and New Jersey Super Lawyers magazines for both bankruptcy and appellate work. He is a 1998 magna cum laude graduate of The University of Michigan Law School, where he served as Articles Editor for the Michigan Law Review and was elected to the Order of the Coif. He received a BS in mathematics from Yale University. Prior to joining Hangley Aronchick, Matt was a law clerk for Chief Judge Edward R. Becker of the United States Court of Appeals for the Third Circuit.

The Best Lawyers in America, selected as a Best Lawyer in America in Bankruptcy and Creditor-Debtor Rights Law, 2013 – Present

Named by Pennsylvania Super Lawyers magazine as one of the state’s top attorneys as the result of a statewide survey of lawyers, 2014 – Present