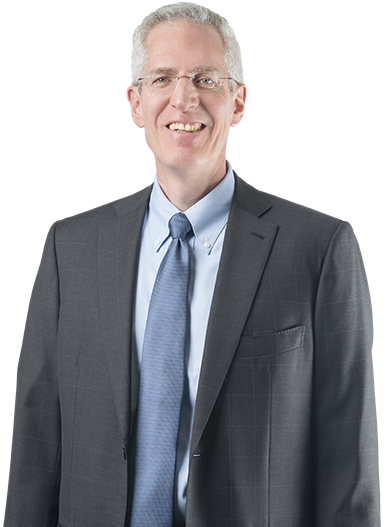 "Ron is able to take complex analytical work, distill it down, synthesize it and navigate it for his clients.”

Ron was ranked as a Band 1 Insurance lawyer in Chambers USA 2016.

"A formidable adversary" and "an outstanding litigator."

Ron and the Insurance Practice ranked high in Chambers USA 2014

United States Court of Appeals
for the First Circuit

United States Court of Appeals
for the Sixth Circuit

United States District Court
for the Western District of Pennsylvania

United States District Court
for the Northern District of Florida

United States District Court
for the Eastern District of Michigan

Ronald Schiller, Chair of the firm, has a broadly diversified trial, appellate and arbitration practice. Ron is a business trial lawyer, appellate lawyer and counselor. Ron advises financial institutions, insurers and reinsurers, technology companies, and other businesses in high-stakes litigation matters, particularly where taking the case through trial or appeal needs to be part of the client’s arsenal.

Ron and his trial teams have prepared to try and tried two to four cases a year in courts and before arbitration panels every year for more than a decade. He and his teams have also prepared and argued appeals in appellate courts around the country at the rate of several a year. Most of this work has been for an array of insurers and reinsurers in sophisticated coverage, bad faith, and reinsurance disputes. A substantial part of this practice includes representing insurers and reinsurers in business disputes against financial institutions, other large companies, and healthcare and managed care companies on E&O, D&O, professional liability, reinsurance, and ERISA coverage disputes.  The firm’s practice extends to trial and appeals courts in more than 25 jurisdictions. These cases include disputes in the billions of dollars. Many of these matters have helped define the coverage exposure in the state, with several cases even now poised to clarify the scope of coverage or exclusions under California, Washington State, Michigan, Minnesota, Illinois, Pennsylvania, Delaware, and Louisiana law.

As recently as June 2016, Ron led a trial team in defending an insurer in a jury trial over a multimillion-dollar claim for coverage on a D&O policy, resulting in a verdict for the insurer after four hours of jury deliberations. Two weeks later, Ron argued before a state appellate panel in support of affirmance of a summary judgment win for another insurer arising from environmental coverage claims by Conrail for hundreds of millions of dollars sought from CGL railroad policies issued in the 1970s and 1980s.  Then in November and December 2016, Ron and his team defended an insurer in a trial in Delaware Superior Court in a coverage dispute concerning a $15 million professional liability policy, resulting in a verdict for the insurer after less than three hours of jury deliberations.

Ron and his team have also represented contractors and owners in patent and licensing disputes, including in a successful JAMS arbitration in New York over a licensing dispute in 2014 and a jury verdict for his client in a three-week patent trial in the Eastern District of Pennsylvania in 2012.

The respected English publisher Chambers & Partners recognized Ron in Chambers USA: America’s Leading Lawyers for Business, noting that clients admire him as “someone who consistently wins big cases.” Chambers & Partners has further stated: “He is a particularly experienced adviser of businesses and insurers in litigation avoidance matters and settlement strategies. He exhibits further expertise in complex coverage cases and reinsurance disputes. Sources praise him for his clarity, stating that he is able to take ‘complex analytical work, distill it down, synthesize it and navigate it for his clients.’” He has repeatedly been selected by his peers as a Pennsylvania Super Lawyer and has been named in the Best Lawyers in America.

The Best Lawyers in America, 2014 Philadelphia Lawyer of the Year – Insurance Law

“Asbestos and Other Long-Tail Claims: Europe, the UK, and the Latest on US Tort Reform” 9th Annual C5 European Summit on Reinsurance Claims, May 15 – 16, 2006, London, United Kingdom

Ronald Schiller Argues Complex Insurance Matter Before Delaware ...
The team secured a defense verdict for Zurich removing Zurich’s $15 million po ...
more
Ron Schiller Argues Complex Coverage Matter Before Eighth ...
Listen to the full argument before the US Court of Appeals for the Eighth Circui ...
more
Ron Schiller: From Behemoth to Boutique
Ron discusses how and why he made the switch from BigLaw to Hangley Aronchick
more
View All News