June 28, 2019
Prev
Post
A Win for a Communications Client at the Pennsylvania Supreme Court

Hangley Aronchick is proud to announce that shareholder and firm founder Mark Aronchick has been named “Attorney of the Year” by the Legal Intelligencer. This prestigious award recognizes an attorney or judge whose work in 2018 had a distinct impact on the law and the legal profession in Pennsylvania.

According to the Legal Intelligencer, Aronchick was recognized for the “pivotal roles he played in two of the biggest cases in Pennsylvania in 2018” – the Pennsylvania Gerrymandering Litigation and the Philadelphia Sweetened Beverage Tax Litigation. He led the Hangley Aronchick team for the Pennsylvania Gerrymandering Litigation, representing Governor Wolf and members of his administration in high profile litigation that played out in four separate lawsuits in two federal district courts, the Pennsylvania appellate courts, and the US Supreme Court. The team successfully opposed all the efforts to block or postpone the institution of new electoral maps, and the May 2018 primary elections and November 2018 general elections proceeded under new maps designed by the Pennsylvania Supreme Court. Also in 2018, Aronchick continued his representation of the City of Philadelphia in the defense of its Sweetened Beverage Tax. After winning at each level, he argued the matter before the Pennsylvania Supreme Court and in July 2018, the Court declared that the tax is a lawful exercise of the City’s local powers and rejected the extensive efforts by powerful industries to invalidate the tax, capping two years of litigation.

The Legal Intelligencer’s editorial staff consulted with esteemed members of the Pennsylvania legal community to narrow down the nominees to three finalists. The winner was announced at the publication’s Professional Excellence Awards on June 27, 2019. 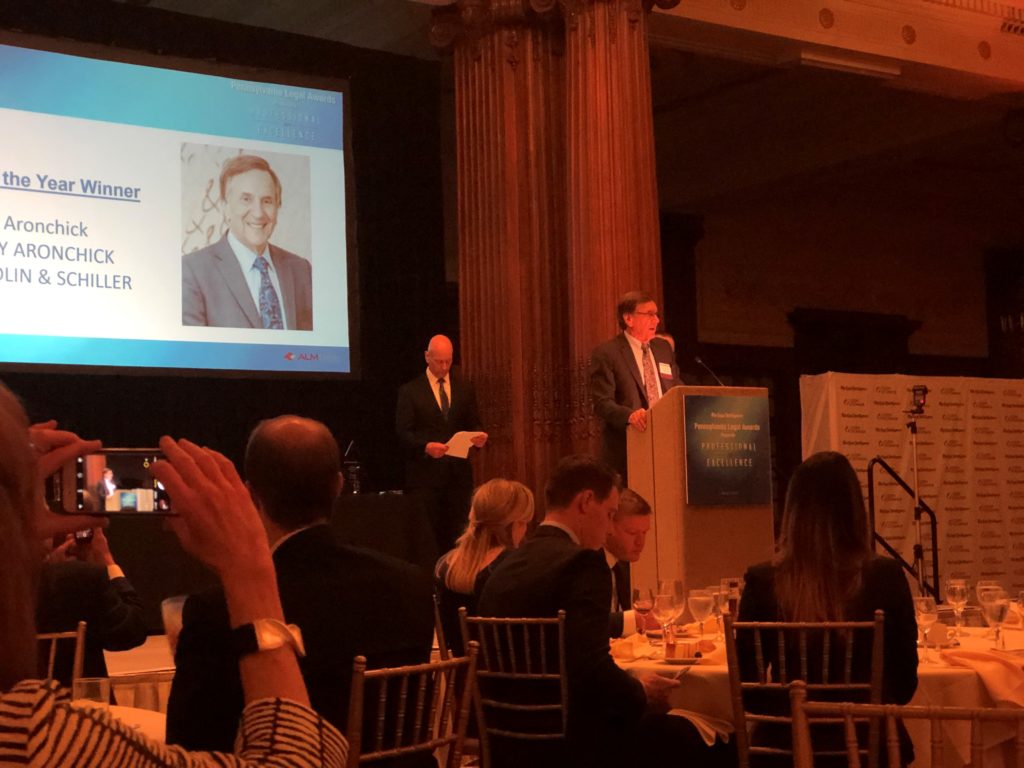 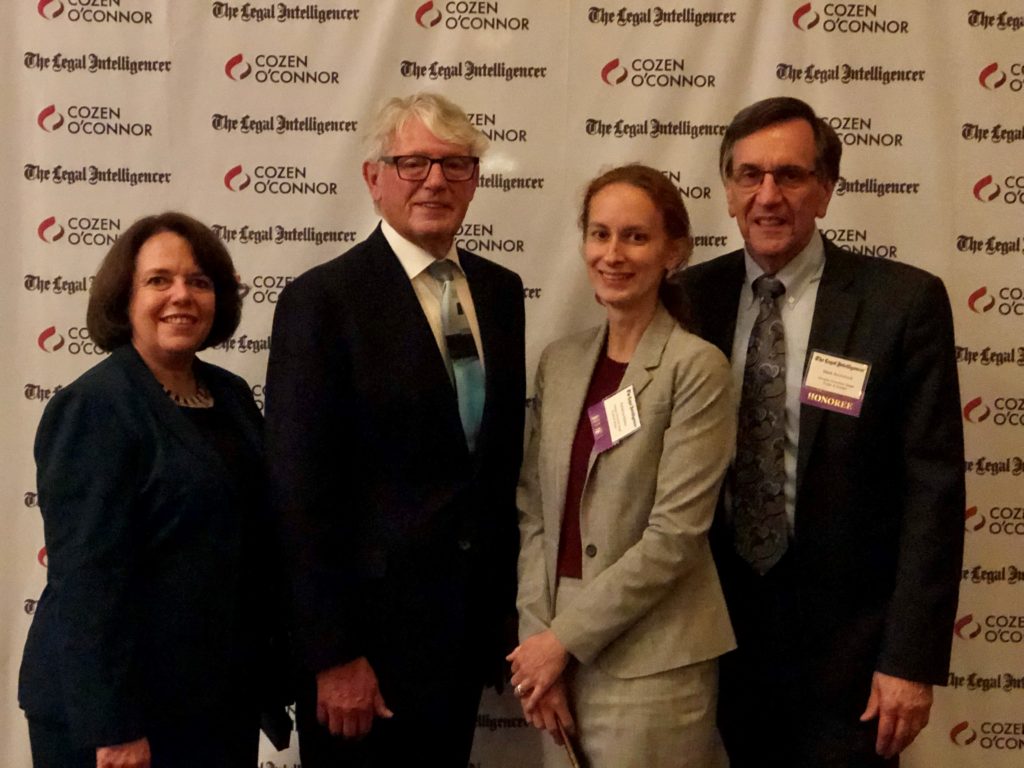