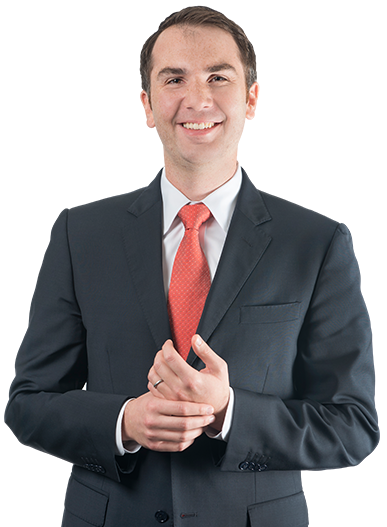 A dedicated pro bono practitioner, Andrew has challenged the conviction of a death row inmate on habeas corpus grounds and assisted in the representation of a homeowner in a mortgage foreclosure action.

Andrew served on the team that defended the City of Philadelphia in the highly watched Beverage Tax Litigation. The team's successful representation allowed the city to generate crucial revenue to fund thousands of pre-kindergarten seats and critical improvements to community and recreation centers.

Andrew M. Erdlen, a shareholder in the Litigation Department, has represented clients in a wide range of commercial litigation, including contract, fraud, and intellectual property disputes, in both private litigation and government enforcement actions.

Andrew represents clients in matters arising from the rights, obligations, and duties of privately-held companies and their managers and stakeholders, such as shareholder and partnership disputes and breach of fiduciary duty actions.

Andrew has also advised employers and employees with respect to restrictive covenants, intellectual property rights, and other terms of employment.  Andrew takes a thoughtful and efficient approach to problem solving, designed with business-oriented solutions in mind.

He often represents parties in disputes concerning the validity of government actions, including with respect to preemption and governmental authority, and has advised both private actors and government bodies.

Andrew maintains an active pro bono practice. He is on the board of Philadelphia VIP, a community legal services organization for low-income individuals facing legal problems which threaten their basic needs. He has also represented prisoner clients in civil rights litigations, which raise fundamental constitutional issues regarding due process and the conditions of confinement.

Prior to joining the firm, Andrew was a litigation associate at an AmLaw 100 firm in New York, where he focused on corporate and securities litigation.

Presenter, “Preparing for a Transitional Event in a Closely Held Company: What if the Owners Disagree?” Hangley Aronchick CLE, October 19, 2021

Philadelphia VIP, Board of Directors