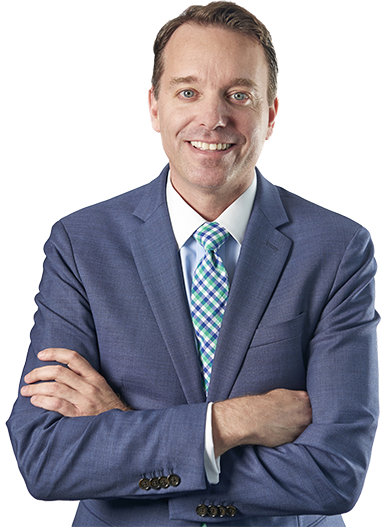 University of Pittsburgh School of Law, Pittsburgh, Pennsylvania, 2000, JD, Order of the Barristers

Family law attorney Gerald (Jerry) Shoemaker concentrates his practice in domestic relations issues including equitable distribution, alimony, custody, and complex support matters. He has also handled a variety of issues arising out of same-sex relationships. Sensitive to his clients’ needs, Jerry is settlement-oriented but ready to litigate when necessary.

He has been repeatedly recognized as a leader in family law, including most recently being named one of the Greater Philadelphia Region’s Ten Leaders in Divorce Law, 45 & Under, by the Ten Leaders Cooperative. In addition, he has earned multiple recognitions by Pennsylvania Super Lawyers magazine as a top Family Law attorney and is listed in The Best Lawyers in America.

Jerry is committed to the practice of family law, which is evident by his active participation in the Pennsylvania Bar Association (PBA), which chose him as one of 10 members to participate in its prestigious leadership program. He serves in the PBA House of Delegates (HOD) as a Zone 9 delegate and was appointed to the Credentials and Admissions Committee of the HOD. Jerry is Chair of the PBA GLBT Rights Committee. He is also active in the PBA Family Law Section, where he sits on its Council and also serves as co-chair of its Programming Committee. In addition, he is a frequent lecturer on family law topics for both the PBA and the Pennsylvania Bar Institute.

He serves on the Board of Directors of the Montgomery County Bar Association (MBA) and is also a member of its Executive Committee. Jerry is Co-chair of the MBA’s Diversity Committee. He is a member of the Family Law Section and Chair of the Section’s Support Committee, which focuses on educating attorneys regarding child and spousal support matters.

He offers free legal clinics at the Women’s Center of Montgomery County, an organization that focuses on freedom from domestic violence and other forms of abuse. He also volunteers as a child advocate for the Montgomery Child Advocacy Program, representing children in various types of actions within the court system. Jerry volunteers his time sitting on the Board of Directors of the Regional Center for Women in the Arts.

A graduate of University of Pittsburgh School of Law, Jerry received his BA from Duquesne University.

Named one of the Greater Philadelphia Region’s Ten Leaders in Divorce Law, 45 & Under, by the Ten Leaders Cooperative, 2011

Selected for inclusion in Pennsylvania Super Lawyers magazine as one of the state’s top attorneys as the result of a statewide survey of lawyers, 2015 – Present

Selected for inclusion on the Rising Stars List by Pennsylvania Super Lawyers magazine as the result of a statewide survey of lawyers, 2008, 2010 – 2014

“Should I Do Custody Exchanges During the COVID-19 Emergency?,” Hangley Aronchick Ampersand Alert, March 24, 2020

“In re Adoption of SP,” Casenote, Pennsylvania Family Lawyer, Spring 2011

Gerald L. Shoemaker Named to PBA Bar Leadership ...
The BLI gives emerging leaders an opportunity to learn about the PBA
more
Gerald Shoemaker Speaks on Divorce and Distribution of ...
Complex issues can arise when a divorce involves a business entity
more
Jerry Shoemaker to Receive PBA’s Rosenblum LGBTQ+ ...
Hangley Aronchick is proud to announce that shareholder Gerald Shoemaker will be ...
more
View All News