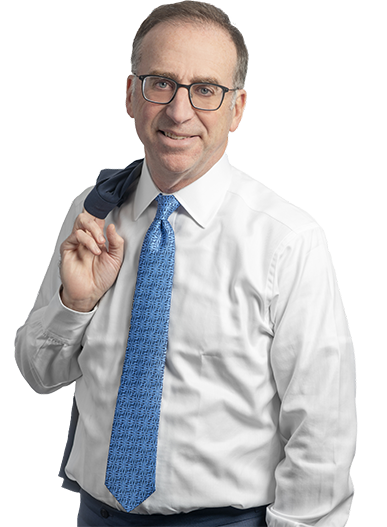 John was chosen as the 2017 and 2022 Philadelphia ERISA Litigation Lawyer of the Year by The Best Lawyers in America. His ERISA litigation experience includes representing plaintiffs and defendants in breach of fiduciary duty, prohibited transaction, ESOP, and other ERISA-related disputes.

Working with the Pennsylvania Innocence Project, John recently successfully secured the release of pro bono client Marshall Hale, who served more than 33 years for a crime he did not commit.

John prevailed on behalf of his clients before the Pennsylvania Supreme Court in a heavily watched tax challenge under the Uniformity Clause of the Pennsylvania Constitution. The case was the first of its kind before the Court and could have far-reaching consequences.

Learn more about the case

United States Court of Appeals
for the District of Columbia Circuit

John Summers, a founding partner of the firm in 1994, is an accomplished complex commercial litigator with more than 35 years of experience representing clients in the financial services, technology, life science, real estate, and manufacturing sectors.

Chair of the firm’s litigation department, John is nationally recognized in handling difficult cases involving complicated financial disputes as well as legal ethics issues. John litigates a wide range of matters, including ERISA, class actions, complex contract, and partnership and non-compete disputes, and is valued by clients for his sophisticated and hands-on style.

John is a leader in the legal community. He has served since 2009 as East Coast Solicitor to the Pennsylvania Conference of State Trial Judges, where he counsels judges of the Court of Common Pleas on ethics matters raised by the Pennsylvania Judicial Conduct board. He is also presently Treasurer of the University of Pennsylvania Inn of Court and Member of the American Law Institute. John has also been long active in legal ethics issues, having served as a member and then chair of a Hearing Board of Disciplinary Board of the Supreme Court of Pennsylvania, a former Chair of the Professional Responsibility Committee of the Philadelphia Bar Association, and a former member of the Association’s Professional Guidance Committee. He was also for many years an adjunct lecturer at the University of Pennsylvania Law School. John also serves as Legal Counsel to Hangley Aronchick Segal Pudlin & Schiller.

John is also deeply involved with our community. He currently serves as Board President of Children First (formerly PCCY), a children’s advocacy organization, and is Vice President of the Pennsylvania Innocence Project. He also guided Reinvestment Fund (RF), a nationally recognized community development finance institution, as Board Chair for six years and member of the Board for twenty years.

John’s legal acumen and client commitment have earned him admiration and recognition including being named Philadelphia ERISA Litigation Lawyer of the Year (2017 and 2022) by The Best Lawyers in America, as well as a Best Lawyer in America in Commercial Litigation by The Best Lawyers in America and a Leader in Litigation by Chambers USA: America’s Leading Lawyers for Business. In 2017, he was honored as one of the Best of the Bar by the Philadelphia Business Journal. He has also been repeatedly named one of Pennsylvania’s top attorneys in Business Litigation by Pennsylvania Super Lawyers magazine and a Local Litigation Star by Benchmark: The Definitive Guide to America’s Leading Litigation Firms and Attorneys.

Within the firm John is a mentor for associates, frequently partnering with them to write articles and thought pieces, as well as providing guidance throughout their learning process.

Named to the Philadelphia Business Journal’s 2017 Best of the Bar list.

Named to The Best Lawyers in America in Commercial Litigation as a result of a peer review survey by attorneys in the United States, 2008 – Present

Lecturer on a variety of topics, including presentations on professional responsibility, legal ethics, and trial practice

“The ‘Full’ Method of Measuring the Court’s Review of Decisions by the Courts of Appeals,” SCOTUSblog, October 23, 2012 (with Michael J. Newman)

“Towards a Better Measure and Understanding of US Supreme Court Review of Courts of Appeals Decisions,” BNA’s The United States Law Week, September 27, 2011 (with Michael J. Newman)

“Imagine the Plausibilities: Life After Twombly and Iqbal,” Litigation, Winter 2011

Pilot Legis, Board of Directors, 2010 – Present

Pennsylvania Supreme Court Disciplinary Board, 1999 – 2004
Member and Chair, Hearing Board