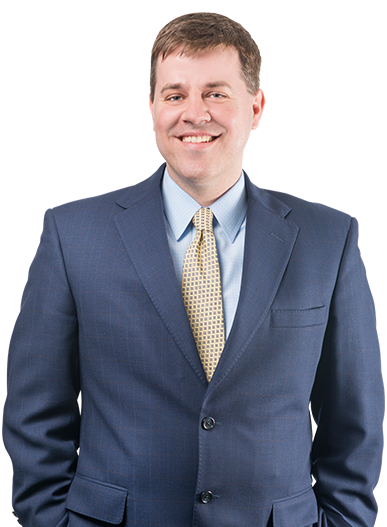 Rob has been named a Rising Star by Pennsylvania Super Lawyers magazine each year since 2013.

Read the press release
And the verdict is…

In May 2017, Rob obtained a complete defense verdict in favor of a family-owned restaurant franchise business in a Philadelphia Commerce Court jury trial against a former executive employee alleging multi-million-dollar claims for unpaid compensation.

Friend of the Court

Representing a group of law professors pro bono, Rob filed amicus briefs in the United States Supreme Court and the United States Court of Appeals for the Ninth Circuit supporting the plaintiffs’ challenge to the Trump Administration’s travel ban.

Combining a trial lawyer’s sense of strategy with an appellate lawyer’s deep knowledge of the law, Robert Wiygul provides counsel and representation to his clients at every stage of the litigation process in both federal and state courts, from pre-complaint investigation to discovery to trial to appeal.

Although he has experience with a wide variety of legal subject matters, Rob focuses his practice on commercial litigation, environmental litigation, and complex insurance coverage litigation. He brings a cost-conscious, efficient approach to his representations, developing key facts and identifying important legal issues early in the process to maximize the likelihood of a favorable settlement or early dispositive motion.

At home in the courtroom, Rob has significant trial experience, including examining witnesses, working with experts, and arguing legal issues. He recently obtained a complete defense verdict in a jury trial of a commercial dispute. He also recently tried a non-jury environmental matter before the Pennsylvania Environmental Hearing Board. Demonstrating his range and dedication to clients large and small, Rob also recently obtained a rare reversal of a college student’s suspension from athletic competition based on alleged use of a performance-enhancing substance. Key to the reversal was the testimony of a drug-testing expert Rob identified and prepared.

Rob graduated from Yale Law School, where he was the Co-Editor-in-Chief and the Book Reviews Editor of the Yale Journal of Law & the Humanities. He holds a C.Phil. from the University of California, Berkeley (reflecting advancement to candidacy in a Ph.D. program in history), and earned his Master of Philosophy from the University of Cambridge in England. Rob is a magna cum laude, Phi Beta Kappa graduate of Williams College, where he also earned Highest Honors in History and Honors in Philosophy. Following law school, he served for two years as a law clerk to the Honorable Anthony J. Scirica of the United States Court of Appeals for the Third Circuit.

Named by Pennsylvania Super Lawyers magazine as a Rising Star as the result of a statewide survey of lawyers, 2013 – Present

Moderator, “When to Mediate and Making the Most of the Mediation Process,” Hangley Aronchick CLE Presentation, December 4, 2019